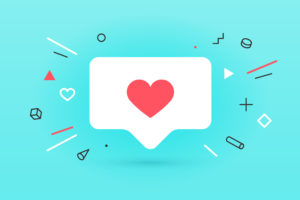 Following a global rollout earlier this year, Instagram began testing the removal of “likes” on its platform in the U.S. last week for select users. The company’s CEO Adam Mosseri has said the reason for the move was to make Instagram a happier and healthier place. The idea is to pare down the competition for “likes” and encourage more meaningful engagement among users.

But the implications for marketers who work with influencers is another story altogether. Influencers themselves will be forced to prove their value with more in-depth marketing metrics, and the marketers who evaluate their performance will need to focus on more meaningful engagement, such as view-through rates and swiping-up with stories.

However, some brands aren’t particularly worried about the change. Take Unilever’s director, pr and digital engagement, Casey DePalma McCartney, who spoke about the company’s efforts to combat influencer fraud across its brands, including Dove, Ben & Jerry’s and Suave, at the “Influencer Fraudnomics Summit” in September.

“I’m really not that concerned about it to be honest,” she says. “The reason we all got into this space is because of the connection that people have with the people that they follow, the creators that they love. At the end of the day, maybe it’s just vanity. And I’m told as an advertiser we’ll still get to see stuff on the back end.”

Time will tell how this will affect the industry long-term. In the meantime, marketers can expect reliance on more detailed performance metrics to prove influence, the continued rise of micro-influencers, and more creative and diverse content. Read on for more detail on how Instagram’s move will affect the marketing industry in AdExchanger.