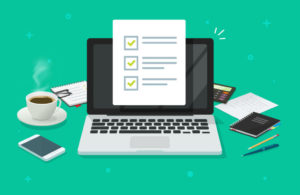 U.S. consumer sentiment has maintained a level of relative optimism during the coronavirus pandemic, with 37 percent believing that the economy will rebound within the next two to three months, according to a new survey from McKinsey & Company fielded March 30-April 5. But despite being somewhat optimistic, 46 percent of consumers plan to reduce their spending over the next two weeks and 44 percent are delaying purchases.

The majority of American consumers, 69 percent, are very concerned about the uncertainty of the duration of the COVID-19 crisis, according to the survey. And almost all those surveyed—92 percent—believe it will take two or more months for routines to get back to normal. Seventy-six percent believe their finances will be impacted for the same amount of time.

Discretionary purchases, within the categories of travel, out-of-home entertainment, home furnishings (down 59 percent) and apparel and footwear (down at least 60 percent), are seeing the most dramatic declines in anticipated spending over the next two weeks. Types of purchases that have seen increases include grocery, household supplies and home-based entertainment, all purchased online.

As spending shifts to online channels, new consumer behaviors are emerging. Shopping new websites for basic purchases is happening for 15 percent of respondents; 13 percent are changing their primary grocery stores; 10 percent are adopting curbside restaurant pickup; and 9 percent are trying video conferencing for the first time for professional and/or personal use.