While some brands have slowed their marketing initiatives during the pandemic, others have ramped them up and focused more strategically on what consumers need most during this time. One such brand is Impossible Foods, a producer of plant-based meat products that recently made its patties available nationwide and launched a new retail product and drive-thru activation with a car wash this week. In a conversation with Giselle Guerrero, VP of Creative at the brand, we discuss the company’s direct-to-consumer ecommerce push, the strategy behind its new patty packages and how it’s leveraging Instagram during the pandemic.

Chief Marketer: What inspired you to do a car wash event for the Impossible patties release?

Giselle Guerrero: Our Impossible burger patties launched in Kroger locations in LA, so we wanted to make sure we had an amazing launch event, like we usually do, but also keep in mind that we’re in a pandemic. How do you do it in a safe way? The car wash was perfect for us because, number one, it has a structure that perfect for socially-distant events. No one has to leave their car, which is great. Second, the car wash takes about four minutes to go through and our burger takes four minutes to cook. There’s that whole four-minute play, that idea of convenience.

And then, there is the sustainability aspect. Going through a car wash can save three times the water spent washing a car at home. So, it’s a perfect partnership. The event was a huge success. There was a line three blocks long for an entire day. We served 800 packs and we had a swag bag that had a pack of the Impossible burger patties, an Impossible mask, a potato with a DIY French fries sticker on it (which was much Instagrammed) and some stickers. You got in line, went through the car wash and at the end of the tunnel, we had Impossible ambassadors handing the bag to your window. 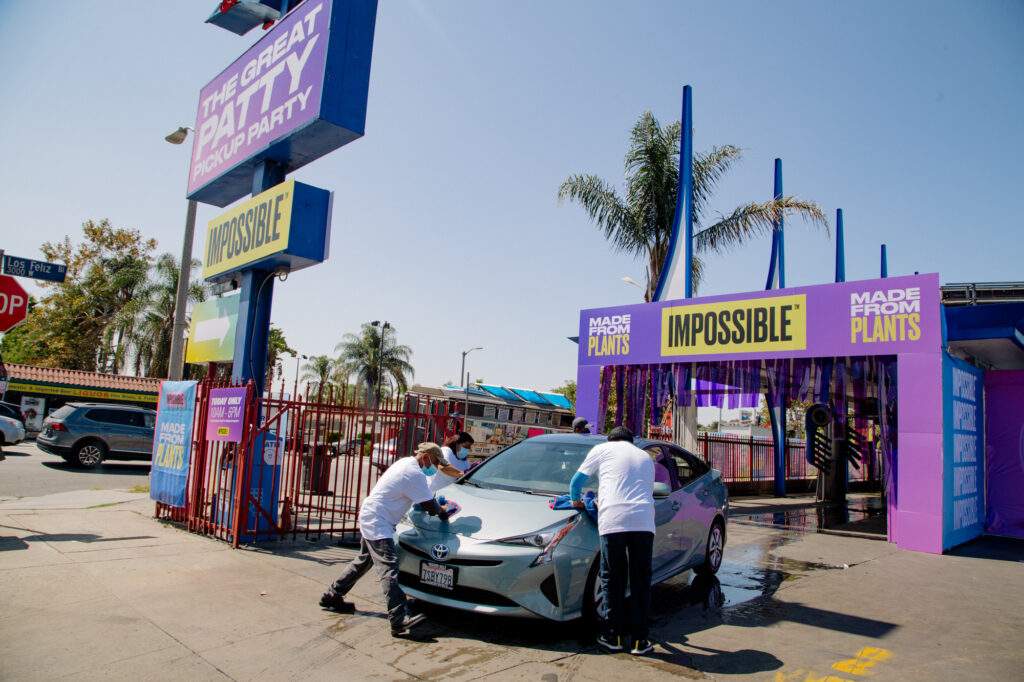 GG: We launched the 12-once Impossible brick last September. This year we wanted to focus on the convenience aspect of it. They are preformed patties and super quick. A trial is less of a commitment if you’re brand new to our brand and you want to give it a shot. Especially during this time, people want to have the convenience in their kitchen. It was perfect to launch it in this moment.

CM: You recently went direct-to-consumer with an ecommerce site.

GG: We launched it a few months ago and that’s been a huge success as well. We wanted to make sure that people could get our Impossible burger nationwide. We launched four different combos. It’s amazing that people can actually order that straight [from the site]. This happened before our Starbucks launch, before the Walmart launch. Now, we’re nationwide.

CM: What has Impossible done for the community that’s COVID-related?

GG: So much. One of our partners is Know Your Rights Camp, which is led by Colin Kaepernick. We are partnering with food banks and getting people Impossible burgers. We served burgers at the initial elections in Atlanta. There are a bunch of different programs on the social good side.

CM: How about the retail launches to meet demand in grocery stores? Is that COVID-related?

GG: We were planning on launching in more retail stores this year, but because of the pandemic we accelerated our launches. Burger King went nationwide, then an Impossible sandwich at Starbucks, also nationwide. Then we had Walmart, Trader Joe’s, Safeway … and there’s more to come even next week. 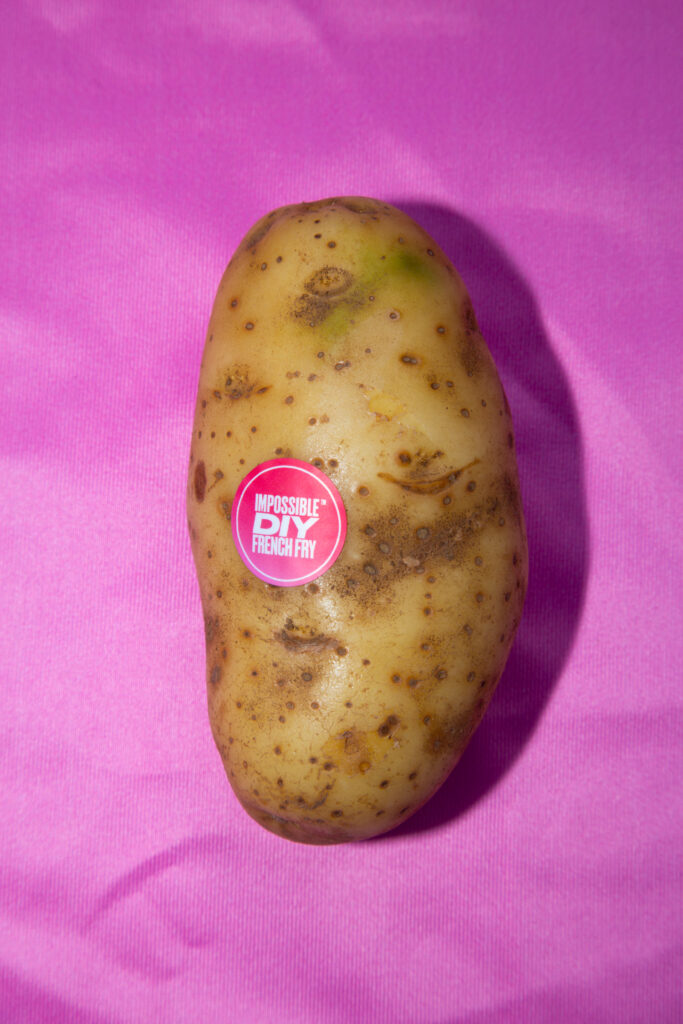 CM: Talk about your grill-side chats on your Instagram channel.

GG: They happen every Tuesday at four o’clock. It initially started because of the pandemic. We wanted to have conversations with our partners, with the industry—how they’re doing, what they’re doing during this pandemic—to have a real conversation. As we all know, it is a big struggle for most restaurants. They transformed their businesses overnight. We wanted to highlight them and give them a platform and help in any way, to give them that exposure. A lot of people were asking, “what is going on? Tell us how to help.” The community really came together and since then it’s been evolving more and more. It started with the restaurant industry world and now it’s about what’s relevant to the conversation. The world changes every single week and we should be covering these topics, such as Black Lives Matter. We have different hosts going up from Impossible Foods on Tuesdays covering the topics that we’re aligned on and having the right person to talk about it. J. Michael Melton who leads our culinary team has been there from the beginning. And it’s going to continue on with a lot from the social good team.

CM: How have marketing initiatives generally shifted during COVID?

GG: We’ve had to shift everything, from the way we’re working through to our strategy. When we realized we’re probably going to be at home for a while, we thought, how do we bring Impossible to people’s homes? Grill-side chats came out of that. Also, on Thursdays we have our Cook Impossible show, with recipes and people cooking Impossible at home. Now we’re in direct-to-consumer and we have a cookbook. So, everything was home-focused, and that’s something we did not have right before the pandemic. The social good programs are focused on people in need and how we accelerate these programs. We partnered with No Kid Hungry on a cookbook. For every one that you buy, we’ve donated $3 to the organization. There’s a bunch of those initiatives that are happening.

CM: What are some marketing trends that people should be paying attention to right now?

GG: I know that a lot of people are trying to figure out the next step. Eventually, there will be a lot more learning from the pandemic—having masks on, socially-distant environments and all that stuff that comes with it. And that’s what’s going to create a better world. You’re going to start to see more and more of that as restaurants are opening where people can sit outside and still be with other people but a little bit further away. I think we’re going to start seeing a lot more events and things like that happening. I’ve seen a lot more partnerships with food banks. We did an eight-hour Cook-a-thon, a full day of performances on Facebook live. For that we raised $35,000 for No Kid Hungry. I see things like that happening more and more. It’s communities coming together in a way that I haven’t seen in previous years—and that’s so inspiring. It’s time that we started doing this, so it’s nice to see other brands starting to think this way.