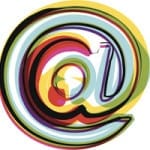 Despite the shift to consumers opening more and more of their email on mobile devices, subject line length has zero impact on open rates, according to a new report from Return Path.

“It’s surprising because of the shift to smartphones and subject lines being truncated,” notes Tom Sather, senior director of research at Return Path. “Obviously, there are other factors at play, including the brand that the email is coming from and marketers getting better about front loading keywords.”

Although subject lines that ran longer than 100 characters correlated to the lowest read rates (8.8%), those between 91 and 100 characters were among the best performing in the survey (15.1%). The most common range, 40-to-49 characters (used in 25% of all messages,) coincided with some of the lowest average read rates in the sample (11.6%).

The report also showed that while “clickbait” headlines (like “You won’t believe this shocking secret…”) are great for capturing web traffic, they don’t work so well as email subject lines.

“I think one difference is that in their email box, the consumer is in control, as opposed to a news or Facebook feed,” notes Sather.

For this study, Return Path analyzed over 9 million subject lines received by more than 2 million subscribers from Jan. 1 through Feb. 28. Click here to download the complete report.