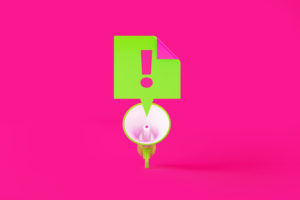 The 2020 presidential election, for all intents and purposes, is well underway. For lots of good reasons–fake news, deep fakes, toxic dialogs, higher than usual mudslinging–brands want to steer clear of it. It’s a wise strategy, as consumers increasingly monitor the politics of brands, and are quick to take action.

In July, the Daily Beast published a list of all the brands MAGA supporters should boycott, including Walmart. Why? Because a third-party seller on the Walmart sells baby clothes with the slogan, “Impeach 45.” Meanwhile, GrabYourWallet.org has published a list of 45 companies to boycott for their support for Trump, along with a script and the contact details of company representatives to make it easier for consumers to voice their objections.

It’s fair to say that never have Americans expressed their politics through their pocketbooks as they do in recent times. It’s also fair to say that brands will find it increasingly difficult to stay clear of the fracas by advertising in non-biased channels.

But steering clear of highly-biased sites will be no easy feat. To begin, sites one would assume have nothing to do with politics may very well be extremely political, thanks to members who bring their views to the forum. Take Ravelry, a site that caters to people who like to knit and crochet. This summer its management team issued a statement saying it will no longer allow political comments.

Second, even if you maintain a blacklist of highly-biased sites to avoid, there’s no guarantee your ads won’t appear on them, especially if you rely on ad networks or purchase inventory via open ad exchanges. The industry hasn’t solved the transparency problem.

Third, social media channels, which are key for app developers’ UA campaigns, are fundamentally unsafe environments for brands. Recently, Mark Zuckerberg said that Facebook wouldn’t even try to ban political ads that are patently false, stating in a Congressional hearing that if a candidate is lying, voters will want to know about those lies. Twitter said it would ban all political ads, but that’s no guarantee of brand safety if your ad appears next to a Tweet that calls for building the wall or jailing all billionaires. To my mind, it’s an open question as to whether app developers should advertise in social media next year.

What Can Brands Do?

Since no brand can afford to put all advertising on hold from now until the end of 2020, my recommendation is to accept this reality, and beef up your defenses. For instance:

Anyone who reads the news knows as a country we are entering new territory. The 2020 election will be unlike any other in the nation’s history. Advertising won’t be exempt from turmoil, but with enough forethought and planning, your brand can weather the ride.