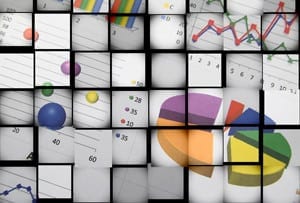 As the CMO of a company large or small, the birth of any new idea depends on a journey through the gauntlet of the C-suite, which, contrary to the traditional conception of stuffy quarterly executive meetings with cigar-chomping suits jockeying for control, more often resembles a board game played after dinner over drinks with a bunch of friends. In my experience, most executives today tend to work together and are genuinely interested in hearing a new marketing idea.

But that still doesn’t make getting the buy-in from your peers to bring a new idea to life an easy prospect. Besides nagging issues of politics and personality management, what makes this game challenging is that every member of a company’s executive team comes to the table with a different agenda. To them, anything new has the potential to be a boon or a bomb. The game, then, is to understand the roles of each player, and then discover the various hidden ways you can present or even craft your concept so it fits their definition of Win. This is devilishly tricky stuff, and what you might say makes a CMO’s job fun. (You might also have different definitions of what “fun” is.)

Molly the Bear: “The spirit animal”

Made famous in the notorious memoir, Disrupted, this playful but poignant symbolic stand-in for a company’s customers — a silly and surreal version of a persona — should be your constant touchstone. So your first game challenge is to ensure that whatever genius idea you’re hoping to foist upon the world serves the needs and desires of your current or prospective clients or customers. Thus, your pitch must satisfy at least two of Molly’s three chief concerns: Is it helpful, entertaining, or affordable? If you can’t make it past Molly, don’t even try to pass Go. Game Over. (Bwee, bwee, byou, byouuuuu [spinning Pacman].)

Once your idea passes the customer approval litmus test, your very first step into the C-suite is a doozy: a visit to the CEO. The good news is that, by their nature, CEOs are typically entrepreneurs with an appetite for disrupting the current state of a given industry. This means they are already inclined to champion novel ideas. Score!

Not so fast, there, cowboy. This enthusiasm for the novel and new is tempered by the CEO’s interest in marketing ideas that align with their specific vision of the company. The CEO is the public face of the company, after all. (Also: Ego!) Thus any pitch in the CEO’s direction had better fit with their ongoing vision, while being served up with enough edge to make it sexy. Pro tip: You’ll know you’ve succeeded when a CEO claims your idea as their own, without attribution or irony.

It’s conventional wisdom that CFOs are obsessed only with a company’s bottom-line. (That’s just not true; they’re also consumed with the top line!) The best advice I ever got from an allegedly data-obsessed CFO was to worry less about what the numbers say and instead listen to the stories of your sellers and customers. A good CFO, while concerned with keeping a lid on margins and expenses, is inevitably drawn like a moth to flame by novel ideas that can be seen to be a market differentiator—that’s value add, friend! Whatever your scheme, if the CFO can see it as fertilizer for growing a pile of dough, you’re on your way to the next level.

The CTO used to be the quiet guy at the end of the table, with a role akin to a purchasing manager of IT assets. Not so anymore: In today’s data driven world, the CTO’s input is required for nearly any move company wide, and so they often serve as a gatekeeper. CTOs, like CEOs, also tend to have a fondness and respect for innovation. In my experience, they end up making ideal partners for CMOs, and can offer valuable insight for marketing decisions that involve technology (read: pretty much all of them). One bit of advice: Whittle your pitch down to the length of a concise and easily understood Wall Street Journal headline. Then tweak it for what it will be in six months. Your detail-obsessed CTO will come for the succinctness, and stay for the appeal of forward-looking innovation.

The COO has eyes on the company wallet, but mostly in terms of rooting out avoidable inefficiencies while also looking for opportunities to grow the company. And there is one word that, like the smell of a steak to a hungry pitbull, gets COOs salivating: scalable. If you want to score buy-in from your COO,  then considering pitching a proof of concept. The prospect of shelling out cash for your game changing idea—hey, maybe ice cube trays made of your client’s corporate logo! or better yet, custom printed slankets!—is a lot more palatable to the folks holding the purse strings when it can be repurposed, built upon, or, yes, scaled, with minimal fuss. This is total catnip to COOs: a modest risk, hedged with the prospect of future savings.

In a very literal way, your general counsel may be the most important non-C seat at the big conference table, the key player who smells smoke before it becomes a fire. They are often the most detached as well, perhaps because their main job is to mercilessly punch your idea around to root out any vulnerabilities and opportunities that might be exploited later (try to remember, it’s good for you.) Crucially they are risk averse, which flies in the face of most creative endeavors, but remember that good counsel doesn’t just articulates risks, it also offers a path to mitigate them. As the kids say, haters gonna hate, so just shake it off.

Congratulations! If you’ve made it this far, you’ve won the game and your idea just may have legs!

Ben Plomion is CMO of GumGum. He is a featured speaker at B2B LeadsCon, Aug. 22-24 in New York.

Now See This: The Power of Building Communities Visually

Creating a Plan for B2B Social