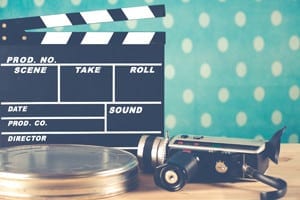 Online video has changed the way everyone consumes media. In the early days of television, there was no question that those DoubleMint, Brylcreem and RotoRooter commercials would not only be seen by large swaths of the American public but that those brands’ catchy jingles would be playing on loop in consumers’ brains. There were three networks and American consumers had little choice when it came to content.

In between breaks in the action, commercials were at least 30-seconds long, had sound and were always viewed in full screen.

Today’s media landscape is vastly different. Mobile plays a huge and growing part in how we consume content—the average person spends over two and a half hours each day on their smartphones. For advertisers, it’s a different world view from the halcyon Mad Men days.

From Mad Men to Mobile

Mobile has an ever-growing number of eyeballs. According to Ooyala, mobile video viewing has jumped 100% year over year. Yet the standards for video viewability are all over the map, so much so that the power of all those eyeballs is watered down. What counts as viewable and how does autoplay affect the situation? It depends on what platform you’re talking about. Last month, Facebook changed the definition of viewability so advertisers pay for video ads only when they’ve been viewed for at least 10 seconds.

While it’s an improvement over the previous three second rule, is 10 seconds really enough time to tell a brand’s story when for more than half a century we all thought it required thirty? Even if 10 seconds is enough, no amount of time is enough if some basic standards for quality of the view haven’t been met.

With autoplay, a view may have played for 10 seconds as a user scrolls by, and those videos don’t have audio. Can a truly impactful story about a brand be told in ten seconds, with no sound? Of course, but only if that was the advertiser’s original intention. Since that isn’t typically the case, the viewer experience leaves a lot to be desired. Add to that the fact that mobile screens are tiny – a hard space for brands to begin with – and most publishers don’t play them full screen for fear of driving away the very consumers brands are paying to reach.

Google recently found that ads on YouTube that aren’t actually viewable but are instead audible, still provide a 33% brand lift. I’m not arguing for sound-only ads, I’m saying let’s not kid ourselves that audio isn’t critical. In fact, it’s often the element that we remember best. On Facebook the audio is off because it’s less disruptive to the consumer – but brands are losing out on this compromise.

Meanwhile, Twitter has also recently started rolling out autoplay ads—with the bold promise that ads will be 100% viewable. But the standards are shockingly low—three second counts as a view—and their videos also don’t have sound. Remember those jingles I mentioned above?

Mobile advertising doesn’t have to be a dirty word for consumers – but because it is today, publishers are reverting to things like autoplay, no sound, short definitions of a view, and tiny size to minimize consumer interruption.

Lesson From the Original Mad Man

Brands currently don’t have enough time or the right format to tell their story on mobile. The industry needs to take a step back and start with a blank slate. Stop trying to repurpose an old model and shoehorn it into a tiny, silent screen. Let’s instead think about how to humanize the conversation between brands and consumers on mobile. The original mad man, David Ogilvy, in his famous list, “How to create advertising that sells,” perhaps said it best: “It pays to involve the customer. Talk to her like a human being. Charm her. Make her hungry. Get her to participate.”

The industry needs to begin thinking about advertising content on mobile in a different way, so that it becomes a welcome – rather than annoying – part of the experience. Snapchat did this with McDonald’s and Universal Studios effectively.

Brands should start by asking the question: how can advertising enhance the consumer experience on mobile? What does the industry need to do? In the early days of television, the classic 30-second spot came into being because it was the perfect amount of time to tell a brand’s story.

On mobile, especially when targeting Millennials who instinctively mistrust advertising, brands and platforms need to stop cutting corners and carving away aspects of the online video ad that help tell a brand’s story. Instead, they need to involve the consumer, by creating content with the consumer so that it’s appealing to share, authentic and human. That’s the untapped potential of mobile video advertising—if only we reimagine it.

Katherine Hays is CEO of Vivoom.