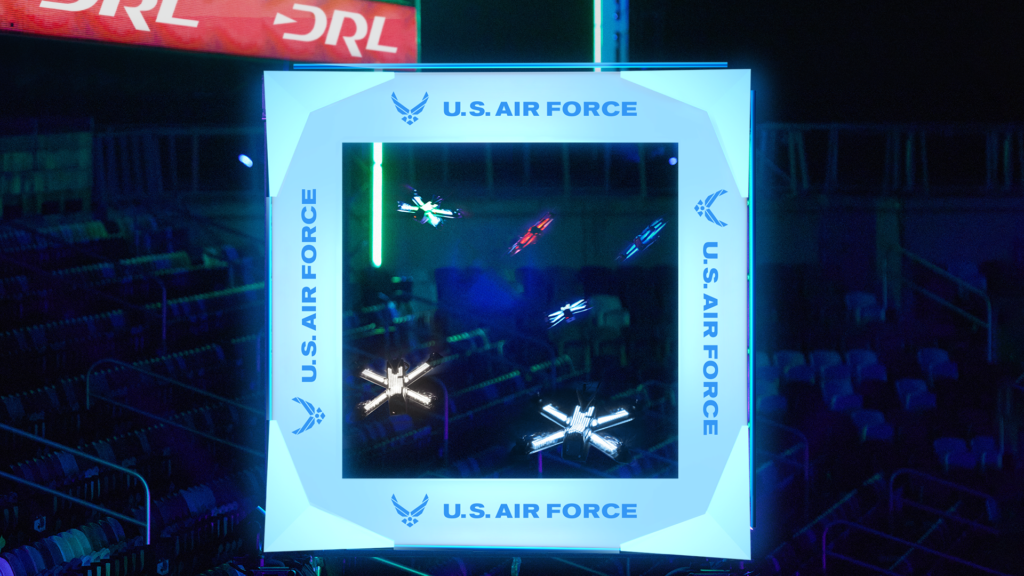 According to a fan study conducted by Wasserman and the Drone Racing League, approximately 800 million people across the globe between the ages of 16 and 34 are enamored with technology, but not when it comes to traditional sports. However, this group still craves tech-driven competition, innovation, gaming and cryptocurrency.

Enter the “tech-setters,” the target demo the Drone Racing League has set its sights on. And if the impressive growth experienced over the past year is any indicator, it’s been pretty successful at it. We spoke with Drone Racing League CMO Anne Marie Gianutsos about the property’s explosive growth, the expanded partnership with the U.S. Air Force announced this week, how it engages fans on social and its plans to compete in the metaverse.

Chief Marketer: You expanded your partnership with the Air Force this week. How did that originally come about?

Drone Racing League CMO Anne Marie Gianutsos: Our partnership with the Air Force dates back to 2017. When you think about why it makes sense for drone racing and the Air Force to come together, we have shared values around technology and innovation. Specifically, we knew that we could help them discover and enlist some of the best minds in drone operations, drone development and aerospace engineering. We’ve renewed this partnership annually over the past five years, and this year we’re announcing a major expansion.

This is going to be the first time that we’ll feature U.S. Air Force gates within our real-life races. And these are custom-built gates that are professional racing zones. Then we add a virtual component by building those exact same branded gates into the DRL SIM game that’s available on Xbox, PlayStation, Steam and Epic Games. So, pilots at home can download the game and fly through those Air Force gates on their own time, on the same maps.

CM: Why does the Air Force see players as an appealing demo? What marketing channels and tactics are you using to reach them?

AMG: There is a lot of synergy between the Air Force, the military and our fan base. When you look at us compared to the general population, our U.S. fans on social are 23 times more likely to follow the Air Force. And they are 33 times more likely to follow U.S. military accounts across the board. We’ve actually had pilots who have raced with us after serving in the military. When we’ve studied it, close to 20 percent of our fan base has reported serving in active duty in the armed forces, which is a higher than the military backgrounds of fans of the big five sports.

So that’s military, armed forces-specific, but generally when we think about the demographic, we conducted a robust fan study globally with Wasserman, our research and insight agency. During this process, we discovered 800 million people around the world between the ages of 16 and 34 that are obsessed with technology, and they don’t follow traditional sports or esports. But they love tech-driven sports, like drone racing, innovation, gaming and crypto. It’s the ultimate audience for brand marketers, and we dub them the “tech-setters.”

CM: How does the mobile game that you created factor into your marketing?

AMG: We believe that DRL is a sport for everybody, and if you want to fly, it does take real skills. So our mobile game, and our gaming strategy overall, is to help level up drone skills. We have the DRL SIM video game, on those four platforms, but we also have the mobile units. We launched Drone Racing Arcade, which is a fun and free mobile game on iOS and Android. A big part of gaming and drone racing is that we invite our audience in and every year we open up a spot where someone can win a professional contract to fly in the league. We call that the SIM Tryout Tournament, and that launched this year on May 19th.

CM: What’s the crossover between the gaming audience and your specific audience?

AMG: In our global footprint, we have a huge component of gamers, people that like to play anything from your mobile, casual games all the way to competing professionally on console games. The gaming trend seems to be accelerating. When I look at this past year alone, we’ve added 50 percent more players year-over-year. We also are attracting people through monthly tournaments so that players can earn cash prizes on our mobile game. We’re going to be launching a military appreciation tournament on May 21st just in time for National Armed Forces Day.

CM: Let’s talk about social media. To what do you attribute your success and follower growth?

AMG: Almost 90 percent of our fan base is interested in creating digital content. We think about that as a digital storytelling native. We engage with our fans on social media in a number of different ways. One of the most prominent is that we stream our races on Twitter. Last season alone we saw record viewership, at over 80 million views. We engage with the greater community by featuring race highlights and also incredible FPV, which stands for first-person-view content, on Instagram. And then we do all sorts of fun things with our content on TikTok with overlaying, mash-ups, FPV and layering in all the trending sounds. That’s been a secret to our success and growing our following on TikTok to over 4 million fans.

CM: How do you incorporate live events into your marketing strategy?

AMG: Think about drone racing as blending the digital and the real. We compete drone racing in real life, in stadiums and palaces around the world. We bring a fleet of 600 drones to every in-real-life race. We compete in esports on our DRL simulator game. And this year we’re going be competing in the metaverse, which will be a more immersive digital experience, one where fans can help impact the experience that they have. It will be more of a two-way communication there versus in esports where you’re watching something that’s happening on a feed.

CM: Do you have any tips for marketers who are looking to grow their social media followings and try new platforms?

AMG: Being curious and doing your own research is always a great tip to start. Understanding how your particular content is going to resonate, because not all social platforms behave the same or have the same audiences. TikTok is definitely one for us, but it may not be for other brands. We also encourage brand marketers to get out of their comfort zone. Try out some of the things that are trending on the particular platform that you’re focused on, and study that platform for trends in virality. And then we also think it’s important to work with the influencers that are making an impact on the platform of your choice.

CM: How will players experience the metaverse?

AMG: We’re doing a bunch of things in the metaverse. Our title partner is Algorand, a leading blockchain in terms of speed and sustainability. In addition to the professional race in the metaverse that will be part of our upcoming championship season, we’re also building a play-to-own game on Algorand’s blockchain that will launch later this year. Think of it as a Mario Kart for drone racing. It’s going to be fun and enable people to play for free and also play to earn cryptocurrency.

CM: So all these different iterations of the league connect together.

AMG: Yes. We want to be the professional drone racing league across in-real-life, in virtual stimulation and in the metaverse. We really see this vision as creating a new era of sport that bridges all of these different experiences that fans expect right now.

CM: Do you have any advice for brands looking to get involved in the world of cryptocurrency?

AMG: It’s always so important to know your audience. Our audience is 41 times more likely than the general population to be into blockchain and cryptocurrencies. So that was a natural indicator for us to move into this space. But for others, I would say it starts with understanding your consumer’s current and potential relationship with crypto. And that will really be the cornerstone of their strategy. It’s about asking questions. Are they engaged? Do they own a crypto wallet? Are they familiar with blockchain and NFTs? And that will help to dictate the strategy that you’re going to need to take to get into the space.

Another thing I would say is that we should always be reviewing opportunities to meet our consumers’ expectations and adding value to their lives. So if you have an audience that’s perhaps less comfortable, you’re going to want to create experiences where blockchain is more in the back seat; at the Drone Racing League, we have people leaning in, so we can go to the leading-edge applications for cryptocurrency, like play-to-own games.

CM: Lastly, what are some trends that you think marketers should be watching right now?

AMG: First and foremost, brands should be asking themselves, what does Web3 mean to me? I’m obsessed with this. I think Web3 is going to be such an important catalyst for change in how we experience our brand relationships and how we interact with the world. In the sports world, there’s a very clear line between spectating the sport and having a hand in the creation of the sport. And I think that’s going be the delineation between Web2 experiences and Web3 experiences with sports, with the expectation moving into the co-creation space.

Another one that I would watch in marketing specifically would be thinking about how to create deeply personal experiences for your customer base. And that is going be enabled by cross-platform, audience measurement. I’m seeing huge advances in this space. Cloud is going to be an enabler of this, where we can finally start to identify who is interacting with us across every single platform. And then serving back an experience that is very smart and tailored to how people are interacting with our brand.