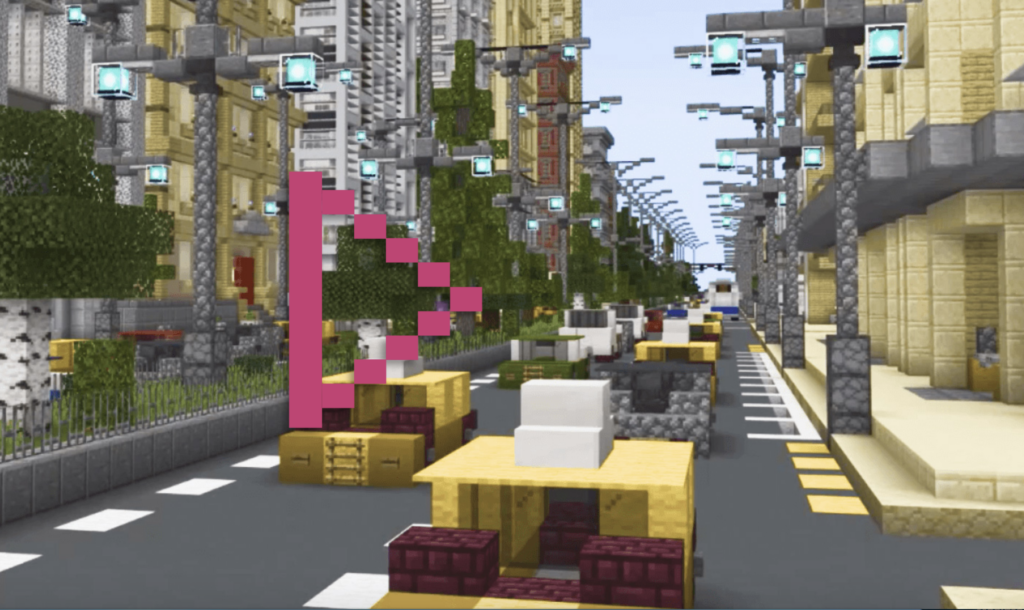 To promote financial literacy among middle school-aged students, Ally Financial recently teamed up with rapper Big Sean and popular computer game Minecraft to create “Fintropolis,” a world within the game that weaves financial lessons into the experience as players navigate through it. And as of this week, it surpassed one million downloads.

“Getting people to think about finance is a daunting task,” says Ally Financial CMO Andrea Brimmer. “So, we have to find engaging ways for people to have meaningful conversations around finance. We’ve found that gamification is a great way to do that.”

In fact, the idea for the Mindcraft world was the brainchild of four Ally interns hired from the brand’s Moguls in the Making program, a pitch competition that encourages students from Historically Black Colleges and Universities (HBCUs) to become business leaders. The result was an engaging way for students to learn about money concepts. Chief Marketer spoke with Brimmer about Ally’s gamification strategy, its commitment to brand purpose and the company’s strategy of supporting economic mobility.

Chief Marketer: How did the partnership with Big Sean come about?

Andrea Brimmer: I approached him on this idea of taking the notion of moguls and making it a bigger idea and doing something focused on kids in college and getting them to focus on entrepreneurship and creativity and innovation. They loved it, and the team at Ally took it and ran with it. We created Moguls in the Making and partnered with the Thurgood Marshall Foundation. We were able to focus on Historically Black Colleges and Universities and change the trajectory of so many of those students’ lives, whose stories we’ve been so touched by over the last three years of the program. So many of them have been the first generation to go to college. We’ve had students that have come through the moguls program that grew up homeless and couch surfed the whole way through college. It is really amazing to see the impact that we’ve made through this. And then to see something like Fintropolis come to life as a result of the moguls that we hired is one of the proudest moments of my career.

CM: How did the interns come up with the game within Minecraft?

AB: We have an incubation lab at Ally called TM studios. It’s a rapid prototype development lab that we use to create consumer financial solutions. And the winning team out of Moguls every year gets an internship with TM studios. So, the briefing that they got was, how can you make financial literacy interesting to middle school-aged kids? From a marketing perspective, we’ve had a long history of using gamification to try and make financial learning more interesting. These guys came in and said, why don’t we create a world within Minecraft that could be aimed at middle school-aged students that gives you all the tools that you need to know to be financially literate? Everything from budgeting to cash flow to taxes, to what’s my credit score to identity protection to investing. There are only 22 free “worlds” within Minecraft, and this is one of them. We also made it available to educators if they want to download it through school systems to teach kids financial literacy through the tool as well.

CM: How did you ensure it was free?

AB: Ally funded it. We partnered with a company to build it and it took 15 builders over five months. It’s the first full, featured financial education world ever in Minecraft. There’s nothing else that’s got this much financial education in it. We at Ally made the decision to fund the project because we believed so much in it and thought it would be—excuse the bad pun—another block in our strategy of using the notion of gamifying the learning of financial literacy.

One of the things that I’ve always struggled with as a marketer is [that fact that] teaching people finances is not the sexiest in the world. People don’t get up in the morning and say, oh, I can’t wait to go on my bank’s Instagram page, and get up every day and want to interact with your bank. But knowing finance is so important, and our kids just aren’t taught it today through the school systems. We’ve got a book aimed at elementary school kids called “Planet Zee and the Money Tree.” We’ve written two books in that series. We also put together a virtual reality world. Now we’ve got Minecraft. And we built an island in Animal Crossing for college age and above, which was also super interesting, all built around the idea of learning financial literacy.

CM: What are the strategic marketing goals this campaign?

AB: First and foremost, we’ve got a strategy around the notion of economic mobility and our role as a digital financial services company to help people learn about changing the trajectory of their lives through economic mobility. Secondarily is to get Ally on people’s radars. So, not only are you reaching kids an early age, but you’re reaching their parents, you’re reaching educators and others and increasing the knowledge base of Ally and what we’re about, our purpose and our brand. And equally as important is to give the students that we’re bringing in through Moguls meaningful, real-world experiences and opportunity. This was a really meaty project for them to be able to come in and bring to life and to have in their background and now on their resume.

CM: Why is gamification so prevalent in Ally’s marketing initiatives? How do you see the brand using it moving forward?

AB: It’s so important to us because we are a digitally-native company. Secondly, just getting people to think about finance, talk about finance, learn about finance is a daunting task because people are either not interested, scared off, it’s boring for them… or it’s like looking at wallpaper. So we have to find engaging ways for people to have meaningful conversations around finance. We’ve found that gamification is a great way to do that.

Third, it’s a prevalent way that people learn almost everything in life now. So much training is done through gamification. It’s a currency of the digital world, and we think it makes sense for us to sit in the middle of that currency, so to speak. We’ve used it consistently and persistently, and we’ll continue to do so going forward. We just signed a three-year strategic partnership with Twitch as their first financial services partner, which will give us tons of opportunity on that platform to bring the strategy to life. We’ve used it in everything from NASCAR, where we’ve created an Alex Bowman 8-bit driving game, all the way through to things like Fintropolis. We’re in the process right now of hiring a full-time gaming team within my organization that will do nothing but focus on gaming strategy and creating games that make sense around financial literacy. It’s a really important tool, if you will, in our toolbox.