On March 6, 2012, the Oreo cookie celebrated its 100th birthday. Weber Shandwick was charged with ensuring that the celebrations were well publicized and received extensive media attention. The agency focused on bringing back the spirit of childhood while working toward a goal of making 1million birthday moments happen globally and asking consumers to submit their moments online. 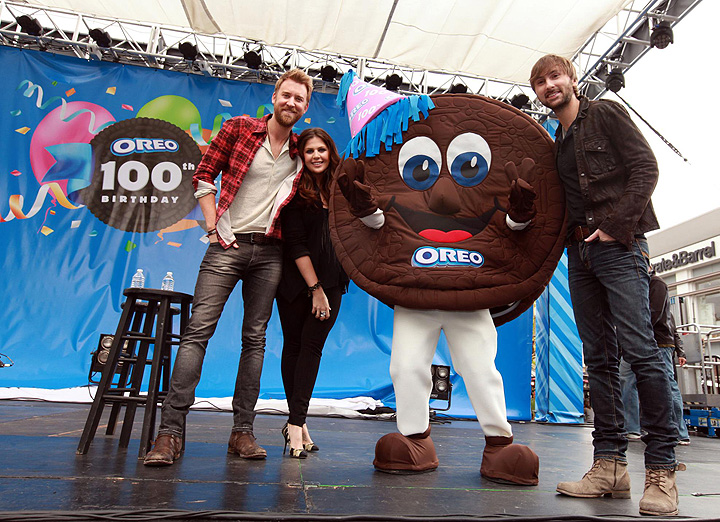 The week before the birthday, local market media received party invitations to attend a surprise celebration. A pre-birthday b-roll package was distributed to top broadcast media seeding the birthday news and sharing historical assets, including advertising, photos and packaging information.

The morning of the flash birthday parties in each market, the agency surprised broadcast affiliates with Oreo and milk birthday party drops, encouraging their on-site presence at the parties later that day and to further seed the new product.

Events began with a 6’ x 6’ unbranded birthday present set up at the event location at midnight the night before, with a “gift tag” inviting unsuspecting consumers to release their inner child at noon the following day. At 12 p.m., the present launched party streamers 40 feet in the air, with a flash mob performance of an original “Happy Birthday, Oreo” dance and an appearance by Oreo Man immediately following. Party-goers enjoyed Oreo cookies and milk, games and giveaways.

In addition, Kraft employees in six key offices were given a moment of childlike fun, receiving a toolkit of employee communication documents, signage and collateral. Each employee received a package of Oreos to take home and enjoy a moment with someone they love. The Oreo business unit received a flash birthday party dance experience, as well.

The campaign delivered more than 600 million media impressions in the U.S., with coverage spanning local and national news, entertainment, food and lifestyle media, including an "Extra!" taping live from the LA party. The Birthday Cake Oreo received coverage in 26 of the 30 media outlets.