As brands invest more and more into strategies designed to foster greater loyalty from their customers, billions are being spent annually on CRM, consumer data, surprise and delight programs and more. While these tried and true solutions have proven effective, there is a new loyalty incentive strategy emerging—one that benefits both members and the brands they love, because the incentive itself creates a symbiotic bond between the two. 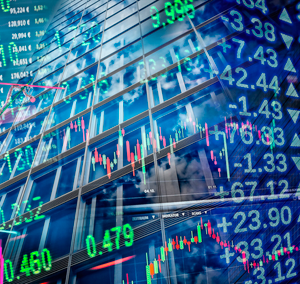 What is this mutually rewarding strategy? Simply put, it’s offering equity in the company. In a recent survey,  more than 1,000 consumers were asked: “Does owning a company’s stock increase the likelihood of you buying products from that company?” Sixty-six percent said ‘yes’.

Over the last few years, only a small handful of companies have implemented a marketing strategy offering stock to their customers. With new platforms such as Stockpile, M1 Finance and Motif enabling brands to award fractional ownership of a company’s stock, there is greater flexibility for brands to leverage their own stock as part of their marketing strategy.

Let’s look at how three companies have implemented this new mutually beneficial loyalty incentive strategy; and for good measure, let’s also see how their loyal customers are faring in the market since receiving their shares.

Domino’s Pizza: Adding Excitement to the Program
Giving away the company’s stock was a perfect way to give Domino’s Piece of the Pie Rewards members a chance to literally get a piece of the pie. Each month in 2017, the company awarded 25 members with 10 Domino’s shares. This not only reinforced the program’s value proposition, the promotional overlay was a great way to inject exciting updates to engage members, adding an ongoing high-value bonus award to the core transaction based program.

The company’s stock has been equally exciting for investors. Since 2010, Domino’s stock has significantly outpaced the market, gaining over 2,000 percent and even beating out big name tech companies like Amazon, Google, Facebook and Apple. This impressive performance has continued since the company’s stock was awarded to members. Shares originally valued at around $162 at the time of issuance are now trading near $244 per share (as of this writing) – a 50 percent increase.

T-Mobile: Thanking Customers and Stimulating Advocacy
When the un-Carrier launched T-Mobile Tuesdays in June of 2016, not only did T-Mobile say “thank you” to their customers. It also turned millions of T-Mobile customers into T-Mobile owners. In the “Stock Up” promotion, the company offered a full share of T-Mobile common stock to existing customers, and incentivized these new telecom shareholders to become advocates by offering the opportunity to grow their ownership up to 100 shares if they successfully referred their friends and family to switch to T-Mobile. New customers who switched also automatically qualified for a free share of T-Mobile stock.

T-Mobile customers undoubtedly feel good about their ownership in the company today. Since the “Stock Up” promotion, the company’s stock price has increased from around $42 to over $72 a share (as of this writing)—a 70 percent increase (a hearty “thank you” indeed). This commitment to showing customer appreciation has certainly paid off for the brand too, which enjoys unprecedented loyalty in the industry. While customer churn rates have accelerated among industry competitors, T-Mobile has seen quarter-over-quarter improvement in customer retention, including record low postpaid phone churn of 0.99 percent in the fourth quarter of 2019.

Jet.com: Driving Early Adoption
In 2016, eCommerce start-up Jet.com had grand visions of competing with Amazon. To be sure, competing with the largest e-retailer in the world is a daunting goal. But the company had a brilliant pre-launch plan—hit the ground running by recruiting 350,000 people to join before the jet.com website even went live. The company achieved this remarkable feat thanks to its “Jet Insiders” program, a referral contest offering 200,000 shares of Jet.com stock to those who referred the most people to sign-up. This gamified referral strategy included a leaderboard listing every Insider who was eligible for the contest, ranked by the number of referrals they’d generated. At the end of the competition, the top ‘recruiter’ with the most referrals received 100,000 stock options, and the remaining top 10 finishers each received 10,000 stock options.

The winner (an insurance agent from Pennsylvania named Eric Martin) recognized the potential payoff of owning shares in a well-funded startup, and invested $18,000 in online ads to drive the most Jet.com sign-ups. When Walmart acquired Jet.com for $3 billion a year and a half later, his top prize of 100,000 stock options was reportedly worth $20 million. That represents a return of over 1,100 times his original investment.

In the world of “me too” marketing where brands are increasingly challenged to differentiate themselves from their competition, this emerging loyalty incentive strategy of offering stock in the company provides a compelling reason for customers to remain loyal. After all, as shareholders, it’s in their best interest to continue supporting the brand… and contributing to their investment!
Matt Kates is CMO at Prizelogic.