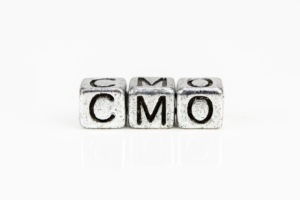 There was also a sizeable increase in new CMOs from racially and/or ethnically diverse backgrounds: 19 percent versus zero in 2018. Overall, 14 percent of Chief Marketing Officers surveyed come from diverse backgrounds, an increase from 10 percent in 2018.

“This suggests that the industry is making progress, but we still have a long way to go. The good news is that our clients truly are asking for—and often demanding—that they see diverse and inclusive slates of candidates,” says Greg Welch, head of Spencer Stuart’s Marketing, Sales and Communications Officer Practice. “Looking down the road, I am bullish on the future and am optimistic that we will continually see more diverse candidates in these big jobs as the pipeline of super strong talent is exciting. I see some amazing but still emerging talent which will soon be stepping into big CMO roles,” he says.

The 16th annual CMO Tenure Study, which surveyed 100 of the most-advertised U.S. brands as of December 31, 2019, also looked at average CMO tenure, which decreased from 43 months to 41 months last year. And 60 percent of the CMOs have held the position for 36 months or less—a number equal to 2018 and an increase of 2017’s 57 percent.

“I would never suggest that someone think about a job only lasting 40+ months, but I do think it is wise to think about the type of impact that you can make right away—and then over time, say over a 3- to 5-year window,” Welch says. “An important part of this is driving alignment early on about the sorts of things that they want and expect you to accomplish over specific time frames. Not surprisingly, our CEO clients are looking for ‘marketing wins’ early on.”

Importantly, this report reflects tenure data before COVID-19 altered the marketing landscape in 2020. Some industries have suffered greatly, including hotels and airlines, while many online and home technology brands have flourished. Despite the headwinds faced by the industry, however, Welch believes the CMO role remains a critical one particularly during these trying times. “Companies need brand-builders more than ever before, and although we may be forced to slash spending in the short term, my hope is that better team work, a little creativity and challenging the status quo may actually make us stronger when we come out of this.”