Editor’s note: Ben Plomion is a featured speaker at B2B LeadsCon, Aug. 22-24 at the New York Hilton. To find out more about the event and register, click here.

Today, branding and building community online are practically synonymous. This is because social media is now the first stop online for many people. It’s where everybody is—nearly two-thirds of all Americans, according to the Pew Research Center—and that’s why brands have doubled down on social media marketing in recent years.

More than 3 billion images are shared online and on social media every day, according to Internet analyst Mary Meeker’s latest Internet Trends report. Hubspot reports that content paired with relevant images on social media gets 94% more views, and marketers know that focusing on the visual online is vital. 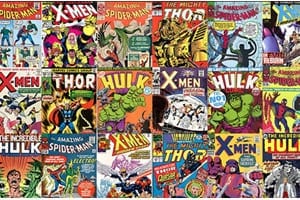 Brands are using everything from photography and videos to remixed GIFS and memes to connect with audiences online and foster a sense of togetherness. This is reflected in both content that brands create and user-generated content (UGC) that consumers create about or around products. According to Meeker’s report, 55% of the over 100 million Pinterest users find and buy products via the platform, making pictures shared by other users a primary portal for actual sales.

For some brands, it’s easy to go visual. Marvel Comics, for example, has visual built into its DNA. Since the 1940’s, Marvel (then known as Timely Comics) has used visual media to build its community of fans, ranging from alternative variant comic book covers to exclusive prints and merchandise. To foster community during this time at Marvel, comic book legend Stan Lee would also regularly address readers’ questions that they had written in the comic book letter section of monthly titles. This acted much like a modern comment board and allowed Lee to shape the editorial direction of Marvel’s heroes from month to month, at least partly based on reader interests. 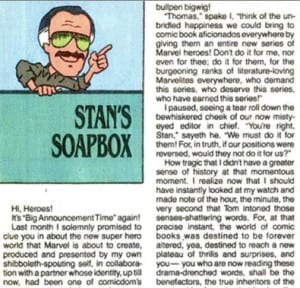 In the modern era, Marvel has expanded its visual offerings onto both the silver screen and the small screen with a slate of media properties that have culminated in the Marvel Cinematic Universe (MCU). The MCU has been backed up by Marvel’s digital marketing strategy on social media, where the company uses its stable of characters, such as a fictional Captain America Twitter acccount.

Here, the superhero character’s voice and imagery from both comic books and blockbuster movies such as Captain America: Civil War are used to capture his identity. Marvel has paired this with UGC on platforms such as Tumblr and Pinterest to great effect, holding fan art submission contests to get fans engaged with its characters, and actively promoting great user-created memes and GIFs of its media properties. From a marketing perspective, this allows Marvel to continue the tradition of Stan Lee in responding directly to (and gaining market research from) fans, using its rich visual history of published comic books to connect with existing fans, bring in new ones, and create and maintain communities around them. As a result of its dedicated community engagement, Marvel is generally the brand most associated with comic books, with over 1.3 million results per month on social media equating comic books to Marvel.

Of course, many brands don’t have such visually-rich source material to use or encourage the creation of in community building, but this doesn’t mean that users aren’t posting, sharing, and talking about their products on social media. And because a lot of that sharing is visual and created by users, it gives marketers a rich opportunity to not only capitalize on content with viral reach, thus furthering brand awareness, but also, inherently, reliable and real-time market research, not to mention closer connections with consumers (especially millennials, 55% of whom prefer to be contacted online or on social media, according to Meeker’s report).

The key for marketers is to have a clear sense of how the conversation and visuals around their brand are being shared online. And the smart way to do this is to have direct involvement in building and maintaining existing and nascent online communities.

Ben Plomion is the CMO of GumGum, He is a featured speaker on the panel “Please, Pretty Please? The Trick to Getting C-Suite Buy-In at B2B Leadscon, Aug. 22-24 at the New York Hilton.