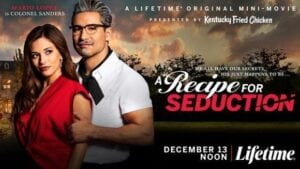 The year is coming to a close—but that’s not stopping brands in the fast food category from exhibiting clever tactics in recent marketing campaigns. The likes of McDonald’s, KFC and Chipotle are charming consumers with unique digital and brand promotions, according to reporting in PRNEWS.

In yet another re-release of the McRib, McDonald’s promised to give away 10,000 of the sandwiches to consumers who tweet out pics of their newly shaven faces (in a reference to Movember) with the hashtag #Shave4McRibSweepstakes. It also used Twitter’s branded Like features, which produce animations when consumers click on them, to turn the like button into a mini McRib emoji.

Meanwhile, KFC embraced an unlikely partnership to drum up buzz. It announced the December 13 premiere of a KFC-branded Lifetime movie, “A Recipe for Seduction,” featuring “Saved By The Bell” star Mario Lopez. And others, including Chipotle and White Castle, are appealing to its superfans by selling branded merch for the holidays as gift ideas.

For more on these end-of-year fast-food campaigns, read on in PRNEWS.