Mars and Duracell have stepped up as the first brands to air 6-second TV spots on broadcast TV. 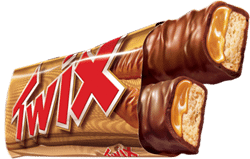 If the spots prove successful, the 6-second ad could play a larger role in the future for Mars and Duracell, as well as other brands. The spots could also be a boon for marketers who don’t have the budgets to spend on the larger, more expensive 15-, 30- or 60-second spots.

In keeping with the thought that humans have the attention span of a goldfish, YouTube pioneered the ad format last year with the idea that six seconds was just long enough to get a message across but just short enough to keep a goldfish’s—err human’s—attention so they won’t skip through the spot.

YouTube announced the new format—called Bumper Ads—at SXSW last year and threw down a challenge at the Sundance Film Festival this year to agency creatives and filmmakers to tell a video story in just six seconds. TBWA/Chiat/Day, Droga5, Leo Burnett, BBDO and others took on the challenge. Here’s one from
Mother NY:

And here’s another from Old Spice:

With the 6-second spot becoming the new “it” marketing tool, last week, Facebook announced that some of its advertisers would also be producing six-second ads.

How Branded Entertainment Can Save Advertising