Looks like consumers plan to spend freely this holiday season.

Holiday retail sales are projected to increase between 4.5 percent and 5 percent this year exceeded $1.1 trillion during the November-to January-timeframe, according to Deloitte’s annual holiday retail forecast. 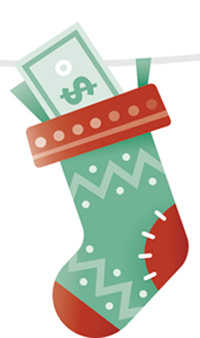 “The projected holiday season growth is, in part, due to the current health of the labor market. Near record-low unemployment rates, coupled with continued monthly job creation, may encourage people to spend more during the holiday season,” Daniel Bachman, Deloitte’s U.S. economic forecaster says. “The economy is still growing, albeit at a slower rate. Additionally, we continue to see consumer confidence elevated, which also helps boost holiday spending.”

Bachman noted that the 2019 holiday season increase reflects expectations for consistent growth throughout the season. However, because last year’s holiday sales came in lower than expected in December, the 2019 forecast predicts a strong growth rate in comparison to 2018’s more modest growth. Last December, the government shutdown, uptick in consumer savings, and a sharp stock market decline may have led to the lower growth season, the company said.

“Based on a growth in consumer disposable income and spending indicators, retailers, across channels, should expect a strong holiday season in 2019,” says Rod Sides, vice chairman, Deloitte LLP and U.S. retail and distribution sector leader. “We’ve seen retailers continue to improve customer experience, invest in the fundamentals and leverage relationships with innovative startups to boost engagement and efficiency. But, convenience is the new retail currency; retailers who offer seamless experiences, have products available, and can deliver items more quickly than ever are most likely to win this holiday season.”