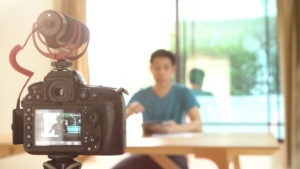 The first influencer programs on platforms like Instagram and YouTube focused on beauty and fashion, but they have since spread to industries such as financial services, publishing, insurance and beyond. So, how do you build an influencer program if you’re not selling makeup or trendy clothes?

Step 1: Get the logistics dialed in before you recruit.

Step 2: Seek out influencers that fit your brand.

Step 4: Keep your program running smoothly by engaging and adapting.

Lastly, don’t forget that influencers are people, too. Build strong personal relationships with your influencers and treat them like valued partners. Do little things, like sending them free merchandise or inviting them to visit your offices in person. If your company hosts events, invite them to one as a special guest. Our team recently sent a gift basket to one of our influencers when they had a baby. When your goal is to influence people on a broad scale, sometimes it can start with the impression you make on a single person.