HP decided to use only social media to market its new slim Spectre notebook at the 2012 Consumer Electronics Show (CES). Infinity was charged with breaking through the noise and attracting key media and influencers, achieving a high amount of media impressions, dramatically increasing awareness and reaching a large social media following – all while making it the most talked about product launch and event campaign of the show. HP not only exceeded its goal of receiving an honorary mention, but it won “Best of Show” for CES 2012 without even appearing on the show floor. Here’s how they did it. 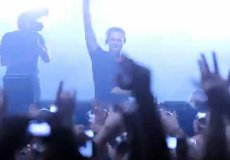 HP’s website contained a "Countdown to CES" and a Spectre teaser video. Next, HP threw a party featuring Dutch musician, DJ and record producer Tiesto. His ‘In The Booth’ series, chronicling 10 performances and behind the scenes footage of his face-paced, globetrotting life (including HP and Intel’s products) which was set to premiere on YouTube, was launched at the show. It became the first live concert streamed on Twitter.

XS Nightclub at Las Vegas’ Encore Hotel was chosen as the party venue and transformed into an HP and Intel Spectre showcase with Tiesto’s tech-driven lighting and stage set-up as the main backdrop. Logos and displays covered every corner of the room – sketched on mirrors, projected on walls, even stretched over male dancers in branded unitards. Guests entered into an HP interactive room consisting of hands-on Spectre display cases, video walls and digital signage displays presenting the Spectre teaser video. 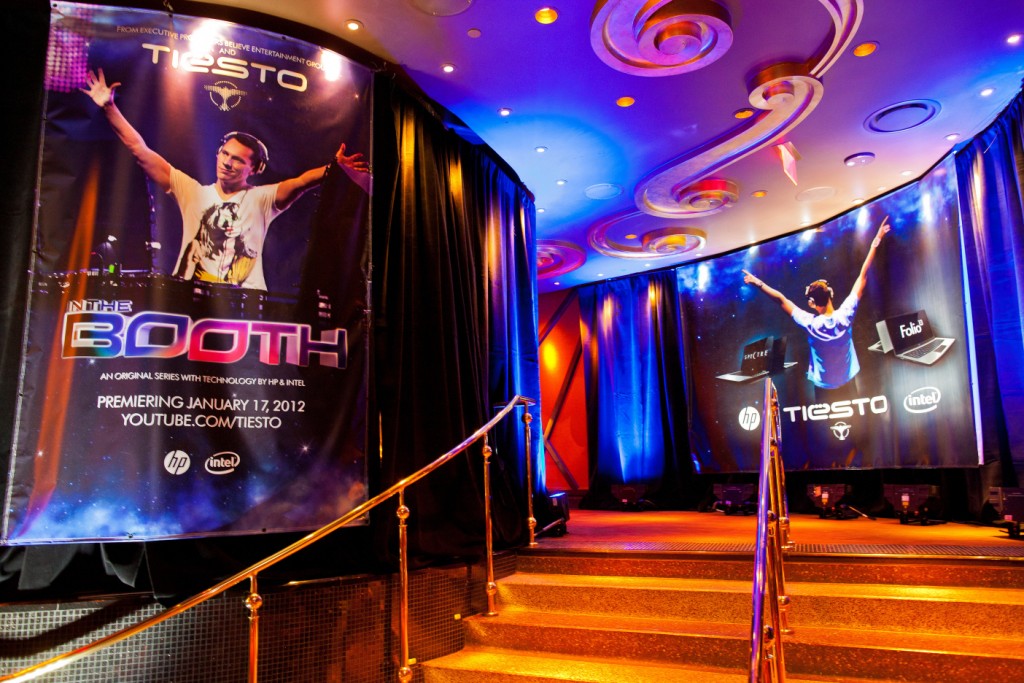 In a "black carpet" area, Tiesto, Intel and HP conducted interviews and posed for photo opportunities. All other VIP attendees and influencers continued through a main entrance area of giant graphic murals. Pillars were transformed into floor-to-ceiling Spectre billboards. Bars were covered with 30-foot custom video screens with Spectre content and tweet-up calls to action. HP and Intel gobo lights engulfed the dance floor while Spectre decals sat atop VIP table framed mirrors.

Product displays combined Spectre notebooks with Tiesto memorabilia. At interactive stations, guests could capture and push photos to their Twitter and Facebook accounts. Cirque du Soleil dancers in Spectre black and silver took the stage prior to Tiesto’s entrance.

Roughly 2,200 guests attended the event and more than 230 million impressions were generated. The HP Spectre was the most mentioned tech brand during the two-week CES time period. Content about the event was shared on more than 1,500 blogs and global sites. More than 14,300 people connected with HP via Twitter and Facebook, with HP mentions increasing by more than 24% above average the day of the event. Nearly 84,000 people tuned in for 9,832 hours of branded content time. Searches for the HP Spectre and the website received significant lifts in traffic.