As 2019 comes to a close, it’s the perfect time for promotional marketers take a look at what campaigns killed it and why. Because promotional marketing is a crucial part of engaging current—and future—customers, we culled this year’s winners of Chief Marketer’s PRO Awards, the world’s leading recognition program for excellence in brand activation and promotion marketing, for the best ideas of the year. From immersive product demos to hyper-local engagement to multi-sensory experiences, here’s our look back at the best of the best of this year’s crop. 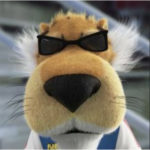 Cheetos has a way of inserting itself into pop culture in a cheeky way. For instance, the brand once created a perfume called “Cheeteau,” named after its brand icon, Chester Cheetah. So, when it came to finding a way to associate itself with the Olympics in a way that caught the attention of Millennials, the brand used the underappreciated sport of curling as its promotional platform. Because if anyone knows about (cheese) curls, it’s Chester, right? The brand created a limited-edition product, Cheetos Curls, and concocted a curling victory dance performed by NFL stars in a fun music video. Sure enough, “doing the curl” caught fire as the cheer of choice for the sport, and in doing so raised an underdog sport—along with the brand—to social media viral status. Agency: The Marketing Arm 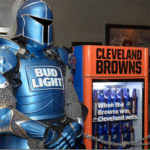 Bud Light found a way to cultivate brand love with local Cleveland Browns football fans by offering them free beer—but only if, and when, the team actually won a game. The brand installed 37 “Victory Fridges” that opened when the Browns won their first game in nearly two seasons. Thanks to influencers and media coverage, the fridges—locked with actual chains (and digital locks)—became a subject of conversation each week. By unlocking this treasure trove for local fans at just the right moment, the brand tapped into a collective desire shared by a very specific group of locally-based consumers. Agency: Fusion Marketing.

3. Scarcity as a Buzz Builder 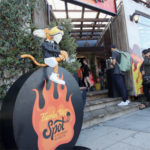 A sure-fire way to create demand for a product or service is to make it exclusive. Cheetos did just that with its Flamin’ Hot Spot restaurant, which featured 10 signature dishes inspired by its Flamin’ Hot Cheetos product and crafted by locally-based celebrity chef Roy Choi. The pop-up lasted just three days and, most importantly, its 500 online dining registrations sold out within an hour. (Not to mention, 9,755 others were waitlisted.) The attendance of dozens of influencers and celebrities added to the buzz as well. Agency: The Marketing Arm 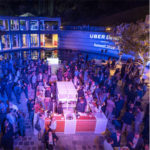 For Uber’s urban aviation division to make its flying car concept a reality to stakeholders from a variety of industries, from aviation, government, investment and technology, the brand needed attendees to truly visualize the technology—one that’s essentially yet-to-be-created. The solution, employed by the Infinity Marketing Team at the 2018 Uber Elevate Summit, was a collection of hands-on, immersive experiences, including a “Model Garden” showcasing the first flying car reference models developed by partners across the industry. Most impressive: Attendees could take a virtual reality ride in a full-scale eVTOL (Electric Vertical Take-Off and Landing) vehicle by Bell Helicopter, which brought to life the feeling of flying above traffic. 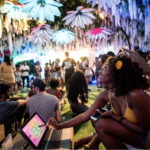 To engage festival attendees at Coachella and Panorama in a fresh way, HP and Intel reimagined its long-standing footprints at the events by creating a “Digital Eden” in which festivalgoers could create their own shareable digital art pieces. Touchpoints included a “Hydration Art” station where attendees could design their own water bottle labels, create light painting that became a shareable GIF, and experiment with flower “bloom art” controlled by an HP digital stylus. Through interacting with HP’s products, festivalgoers became artists themselves—with takeaways to prove it. Agency: Infinity Marketing Team 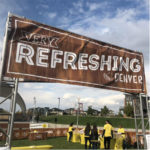 Country Time Lemonade caught wind of something seriously sinister happening in cities across the nation: Kids’ lemonade stands were being shut down in some cities due to not having the proper permits. Realizing that this was not a positive development for the rite of passage that is the lemonade stand, nor likely to help Country Time to continue playing a part in this tradition, the brand set up a national “Legal-Ade” campaign to help play off fines and permitting fees for those young entrepreneurs. It even inspired real change in one local Denver market, where a bill was introduced to overturn the lemonade stand law altogether. Agency: Marketing Werks 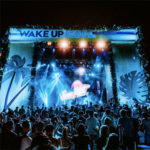 A new trend is popping up: the mini-music festival. Some younger consumers are forgoing large music festivals for more intimate, specialized events. W Hotels capitalized on the trend with its global hotel music festival to showcase the benefits of being a member of the Marriott Bonvoy loyalty program. For two days, W hotels in Hollywood, Barcelona and Bali offered performances that were then live-streamed on Marriott Rewards’ social channels. Adding to the festival vibe were VIP upgrades and experiences; food and beverage tie-ins like Shake Shack; and fitness opportunities. Agency: IMG Live 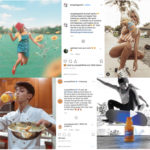 Micro-influencers are all the rage these days for their ability to produce and prioritize meaningful brand engagement that sometimes trumps the reach enjoyed by macro-influencers. But let’s face it: It’s hard to ignore that macro reach. Enter Sunny Delight, which utilized both micro- and macro-influencers in its SunnyD Boldly Original Campaign to drive awareness and household penetration. The macro-influencer portion used well-known personalities to share what makes them “boldly original,” while micro-influencers helped ramp up an Instagram contest among consumers to show why they, too, were boldly original.  Agency: Sunflower Group and 360PR+. 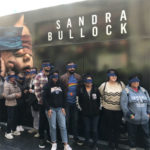 More and more, experiential marketing is embracing the five senses. In the case of the Netflix film “Bird Box,” the promotional platform centered around a mobile activation in which attendees were blindfolded—mimicking the plight of the main character in the film, played by actress Sandra Bullock—while being pummeled with terrifying sounds, vibrations, special effects and voiceovers within a vehicle made to look like the set of the film. Across its 23-day tour, the activation’s visceral experience entertained 2,500 visitors without any publicity ahead of time. And the results speak for themselves: The film was viewed 45 million times in the first week alone. Agency: MC2 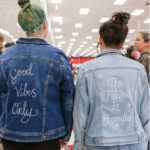 Experiences that are memorable for attendees often feature an element of personalization. To promote Universal Thread, a new women’s denim clothing collection launching at Target stores across the country, the retailer created an experience in 250 locations that allowed shoppers who purchased the brand’s products to have personal messages embroidered onto the articles of clothing by a team of on-site tailors. Cute, quirky iron-on patches in the shape of avocados or cacti were handed out, too. The personalization strategy paid off for the brand: Stores that participated enjoyed a 74 percent higher lift in sales, 145,000 patches were distributed and approximately 750 garments were custom-embroidered. Agency: Grow Marketing